Do You Lead A Balanced Life?

In a modern world of technological bombardment, as well as work, family and economic stresses, how do you know if your life is in balance? How many of these can you say “Yes” to?

Keep in mind, that a life out of balance and clinical depression can feel similar. If you think you may be suffering from clinical depression, please seek professional evaluation. Otherwise, here are a few ways to assist you in putting your life back into balance:

Ways You Can Bring Balance to Your Life

If you describe yourself as a nurturer of others, a giver, a peacemaker, etc. (this can be a wonderful quality)- just make sure you spend equal time nurturing yourself, giving to yourself, making peace with yourself.

Remember, happiness and balance in your life is a choice and a practice. Life is short so have fun because you can and most of all, feel like you deserve it! Hypnotherapy and the skills you learn with Nancy can assist you in this process.

“Happiness is not a matter of intensity but of balance, order, rhythm and harmony.”  Thomas Merton

What Ancient Symbols Indicate Man’s Search for Balance and Harmony?

The quest for balance and harmony in the history of mankind is nothing new. Symbols reflecting this search are ancient and go back to man’s first communications through written format.

The following are some well known symbols that demonstrate the concept and quest from a different historical perspective: 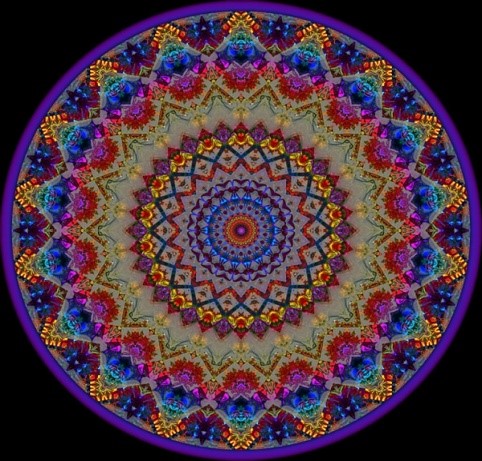 The Mandala As a Symbol and Tool for Balance and Wholeness

The mandala is a spiritual and ritual symbol, originating in Hinduism and Buddhism, representing the Universe. The word is of Sanskrit origin, meaning “circle. It also been interpreted as “wholeness,” a cosmic diagram reminding us of our relationship to infinity, extending beyond the physical mind/body.

In various traditions, mandalas may be employed for focusing attention, for establishing a sacred space and as an aid for meditation.

In common use, the mandala has become a generic term for any diagram, chart or geometric pattern that represents the cosmos metaphysically or symbolically – a microcosm of the universe. It can represent wholeness and divine, our relationship to eternity and unity between the world within the mind and body and the world outside. Whatever the pattern of the mandala, it has a concentric structure. Mandalas offer balancing visual elements, also symbolizing unity and harmony.

The of design a mandala is meant to be visually appealing so as to absorb the mind in such a way that the mind’s busy thoughts can ease which can then lead to a higher consciousness or awareness. The mandala can be seen as a hypnotic tool allowing the creative right hemisphere of the mind to be more open, while the analytical left hemisphere can take a little nap.

In the Buddhist tradition, there are many forms of mandalas, each with different lessons to teach and blessings to confer (beyond the scope of this article). One well known one is the ancient Tibetan sand painting mandala, thought to originate in India and transferred to Tibet in the Middle Ages. Over a period of several days or weeks, the sand painting is painstakingly created on the temple floor by several monks who use tubes to create a tiny flow of grains. An intricate diagram of the enlightened mind and the ideal world is formed. Most contain a host of deities and symbolic archetypes. When finished, to symbolize the impermanence of all that exists, the colored sands are brushed together and poured into a nearby river or stream where the waters carry the healing energies throughout the world.

According to the Tibetan monks of Drepung Gomang Monastery, mandalas have outer, inner, and secret meaning.  On the outer level they represent the world in its divine form; on the inner level, they represent a map by which the ordinary human mind is transformed into the enlightened mind; and on the secret level, they predict the primordially perfect balance of the subtle energies of the body and the clear light dimension of the mind.  The creation of a sand painting is said to affect purification and healing on these three levels.

The Mandala in Western Psychology

Many believe we owe the re-introduction of mandalas into modern Western thought to Carl Jung, the Swiss psychoanalyst. In his pioneering exploration of the unconscious through his own art making, Jung observed the motif of the circle spontaneously appearing. The circle drawings reflected his inner state at that moment. Familiarity with the philosophical writings of India prompted Jung to adopt the word “mandala” to describe these circle drawings he and his patients made. In his autobiography, Jung wrote:

“I sketched every morning in a notebook a small circular drawing, which seemed to correspond to my inner situation at the time….Only gradually did I discover what the mandala really is:…the Self, the wholeness of the personality, which if all goes well is harmonious.”

Jung asked many of his psychotherapy patients to draw and paint mandalas, and he examined them to discover their unconscious thoughts. By analyzing the pictures, Jung thought that patients could develop a new sense of self; once freed from unconscious feelings and complexes, the person could begin the path toward individuation – the process of harmonizing the disparate elements of the self, and bringing them into balance

As Timothy C. Thomason, a Professor in the Department of Educational Psychology at Northern Arizona University in Flagstaff, Arizona says,

“At a minimum, the archetypal circular shape of the medicine wheel could be interpreted as a reminder that it is important to see life and all creation as a whole. The center of the wheel can be seen as representing the unitary self, while the spokes reach outward to other people and the rest of the world. The cardinal points on the perimeter of the wheel imply the great diversity of creation, and the opposition of the points implies the need to integrate the opposites to find harmony. In its evocation of balance the medicine wheel reminds us to focus on what is most important in life.” 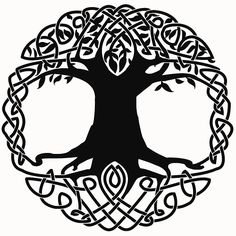 The concept of ‘tree of life’ is found in many cultures including that of Celts. The crosses of Celtic and Northumbrian origins incorporate tree symbols in their designs. The Celtic tree of life symbolizes the forces of nature coming together in perfect harmony to maintain the balance in the universe.

Ancient Celts (Druids) believed that the tree of life, or crann bethadh, possessed special powers. The tribal people of Ireland while clearing a piece of land for human settlement, used to leave a tree in the center; they called this tree the crann bethadh. These people held gatherings and assemblies beneath the crann bethadh. The tree provided food, warmth and shelter to people and to other forms of life such as animals, birds, insects, etc. Therefore, the tree was described as a force which took care of life on earth. The trees represented all of life and its cycles existing in perfect balance-birth through death. Celts only inhabited those areas where the tree of life was present.

In Celtic legends of the Gods, trees guard sacred wells and provide healing, shelter, and wisdom. Trees carried messages to the other realm, and conferred blessings. Even today, trees can be seen in the Irish countryside festooned with ribbons and pleas for favors, love, healing, and prosperity.

Besides the tree of life representing balance and harmony in nature, here are few other interesting Celtic beliefs about how the symbol is associated with different qualities and phenomena.

The Tree of Life exists in many cultures, religions and mythologies, including those of Ancient Egypt, China, the Kabbalah and the Mayans.

There are many other well known symbols, some quite ancient, for balance and harmony. Some examples are the Masonic Compass, the Celtic Awen, the Egyptian Feather of Maat, the Buddhist Lotus, the Scales of the Libra Zodiac Sign. For pictures of these and a complete list of other symbols, Google, “Symbols and their Meaning.”

Yin-Yang is a deeply rooted concept in Taoist philosophy, dating back as far as the third century BCE or earlier, representing the constant state of change or duality in the universe forming a whole. It describes how opposite forces are interconnected and mutually dependent in the natural world; and, harmony is only achieved when the two forces combined, are in balance.

Any phenomenon within nature can be understood in relation to another. In other words, all things exist as inseparable and contradictory opposites, for example female-male, dark-light and old-young.

The two opposites attract and complement each other and, as their symbol illustrates, each side has at its core an element of the other (represented by the small dots). Neither pole is superior or inferior to the other, as an increase in one brings a corresponding decrease in the other. Taoist tradition teaches that if we are able to strike a balance between these polar forces and harmonize these two competing polarities within ourselves, order will result within and around us. Succumbing to a perpetual imbalance of these energies results in the experience of suffering and chaotic conditions.
Yin and Yang are continuously changing, and are endlessly transforming one into the other. The circle represents all of creation. A circle is never ending-it has no beginning or end. The two swirls represent change since all that exists is in a constant state of change. The symbol shows the cyclical changes, and the dots inside the white and black halves indicate that within each is the seed of the other.

The following song, by the Tibetan teacher Khenpo Tsultrim Gyamtso, makes the same point as the Yin-Yang symbol, and advises us – in the face of the arising and dissolving of myriad forms – to “just let go, and go where no mind goes.”

All awareness — awareness-emptiness
Way beyond what thought can know
In the reaches of awareness emptiness
Let awareness go — oh, where no mind goes

Toggle Sliding Bar Area
We use cookies on our website to give you the most relevant experience by remembering your preferences and repeat visits. By clicking “Accept”, you consent to the use of ALL the cookies.
Cookie settingsACCEPT
Manage consent

This website uses cookies to improve your experience while you navigate through the website. Out of these, the cookies that are categorized as necessary are stored on your browser as they are essential for the working of basic functionalities of the website. We also use third-party cookies that help us analyze and understand how you use this website. These cookies will be stored in your browser only with your consent. You also have the option to opt-out of these cookies. But opting out of some of these cookies may affect your browsing experience.
Necessary Always Enabled

Performance cookies are used to understand and analyze the key performance indexes of the website which helps in delivering a better user experience for the visitors.

Analytical cookies are used to understand how visitors interact with the website. These cookies help provide information on metrics the number of visitors, bounce rate, traffic source, etc.

Advertisement cookies are used to provide visitors with relevant ads and marketing campaigns. These cookies track visitors across websites and collect information to provide customized ads.

Other uncategorized cookies are those that are being analyzed and have not been classified into a category as yet.